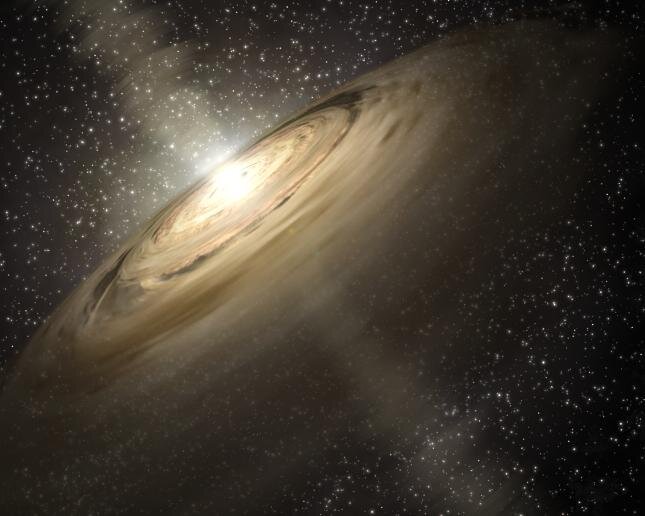 An international team of astronomers, including Stella Ofner of the University of Texas at Austin, has proposed a new method for forming aluminum-26 in stellar systems that form planets. Because its radioactive decay is thought to provide a source of heat for the building blocks of the planets, which are called planetary, it is important for astronomers to know where aluminum-26 comes from. Their research is published in the current issue of the journal Astrophysical Journal.

6;archeology of the solar system,'” Ofner said. “It’s fascinating that a large number of different atoms today can give clues about the formation of our solar system billions of years ago.”

Since its discovery in the Allende meteorite in 1976, astronomers have been discussing the origin of significant amounts of aluminum-26 in our early solar system. Some have suggested that supernova explosions and winds of massive stars blew up here. However, these scenarios require a lot of chances: Our sun and planets should form at the right distance from massive stars, which are quite rare.

Ofner’s team offered an explanation that did not require an external source. They suggest that aluminum-26 be formed close to the young sun inside its surrounding planet-forming disk. When material fell from the inner edge of the disk into the sun, it created shock waves that produced high-energy protons known as cosmic rays.

Leaving the Sun at almost the speed of light, cosmic rays crashed into the surrounding disk, colliding with the isotopes aluminum-27 and silicon-28, turning them into aluminum-26.

Due to a very short half-life of about 770,000 years, aluminum-26 was to be formed or mixed into the surrounding planet, forming the young sun, shortly before the condensation of the first solid in our solar system. It plays an important role in the formation of planets such as the Earth, as it can provide enough heat due to radioactive decay to produce planetary bodies with layered interiors (like a solid core of the Earth, topped by a rocky mantle, and above it – a thin crust). . Radioactive decay of aluminum-26 also contributes to the drying of early planetary materials to obtain water-poor rocky planets.

Aluminum-26 appears to have a relatively constant ratio to the isotope of aluminum-27 in the oldest bodies in our solar system, comets and asteroids. Since the discovery of aluminum-26 in meteorites (which split asteroids), much effort has been made to find a plausible explanation for both its introduction into our early solar system and the fixed relationship between aluminum-26 and aluminum -27.

Ofner’s team focused its research on the transition period during the formation of the sun: when the gas surrounding the young star is depleted and the amount of gas entering the sun decreases significantly. Almost all young stars have undergone this transition in the last few tens to hundreds of thousands of years of formation.

As our sun formed, the incident gas went along the line of the magnetic field to its surface. This caused a violent shock wave, a “shock shock” that accelerated the cosmic rays. These cosmic rays flowed out until they hit the gas in the plate-forming disk and caused chemical reactions. Scientists have calculated different models of this process.

“We have found that low accumulation rates can produce the amount of aluminum-26 and the ratio of aluminum-26 to aluminum-27 present in the solar system,” said Brandt Gesch, the newspaper’s lead author at the University of Cologne.

The proposed mechanism usually works for a wide range of low-mass stars, including sun-shaped ones. It is in these systems that astronomers have discovered most of the currently known exoplanets.

“Cosmic rays, which have been accelerated to accelerate the formation of young stars, can provide a common pathway for aluminum-26 enrichment in many planetary systems,” Gesch concluded, “and this is one of the big questions if the proposed shock wave acceleration mechanism is observed in formation.” stars “.

Study of exploding stars through the atomic nucleus

Provided by the University of Texas at Austin

Citation: The study of radioactive aluminum in stellar systems reveals the secrets of formation (2020, July 29), obtained on July 30, 2020 from https://phys.org/news/2020-07-radioactive-aluminium-stellar-formation-secrets.html

The coronavirus outbreak is linked to volleyball games at the bar