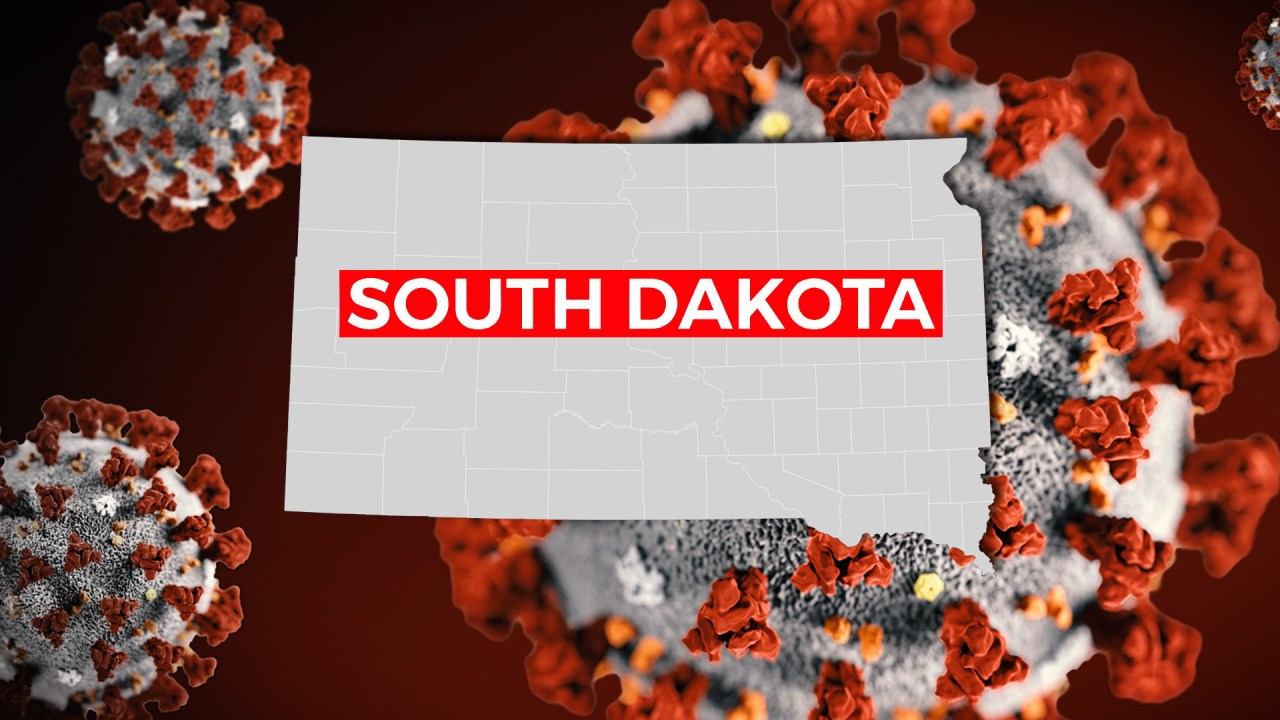 SIOUX FALLS, SD (KELO) – South Dakota is preparing for even more coronavirus deaths, hospitalizations and cases, according to several models that project the development of a pandemic in the United States

The models are similar in their projections.

As universities and organizations assemble models to design a pandemic in the United States and its states, South Dakota Department of Health officials said Oct. 14 that the state is not working with its predictions about the future of the South Dakota pandemic.

The figures distributed weekly are critical to the response, she said. As the incidence of the disease increases, the state expects an increase in the number of hospitalizations and other figures, Malsam-Rysdon said.

“To say that we have so many cases today is that we will need so many hospital beds tomorrow, it has simply not been proven or confirmed,”

A joint model from Google and Jones Hopkins predicts that 4,200 new cases of COVID-19 will be reported in South Dakota from October 13 to 26. There will be 92 more deaths in the state.

During this two-week period, hospitalization would peak at 355 hospital beds, 215 in intensive care units, and 144 in ventilators.

On October 15, another 13 deaths from COVID-19 were reported in the state. According to the South Dakota Department of Health website, 797 new cases were reported, including 700 RT-PCR cases and 97 antigens.

The model broke the numbers by districts. Minnehaha County is projected to have 69 more deaths and 1,035 new cases. Daily hospitalization will reach a maximum of 164 for this area.

As of October 15, there were 304 patients with COVID-19 in the state and a total of 2,000 hospitalized since the onset of the state pandemic.

The Institute of Health Metrics and Evaluation at the University of Washington says South Dakota is preparing for 332.36 deaths by October 26. There would be 579.83 new cases in the state on October 26. The model says that if the masks were assigned, there would be 234.7 new cases that day.

The models also reflect an increase in hospitalizations and mortality, which is lagging behind in the increase in cases.

In a October 8 story by Courtney Collen published by Sanford Health News, Dr. Allison Suttle talks about COVID-19 figures from the previous week.

The story goes, “Although human behavior dictates how the virus spreads, Dr. Suttle says that what we’ve seen in the last seven days will predict what we’ll see next.”

Sanford’s history lists hand washing, social distance of six feet, wearing a mask in public, and being at home when ill as good occupational safety behavior during a pandemic.

“We have seen an increase in the number of cases that will continue and eventually lead to hospitalizations. We begin to observe these hospitalizations approximately two to three weeks after we observe an increase in the number of cases. The only way we start to see a downward trend is if all people start doing all these behaviors (listed above), and then we see fewer cases, and then this downward trend, ”Suttle said in a Sanford story on October 8. .

The Centers for Disease Control lists many models of COVID-19 cases, deaths, and related data in their forecasts.

The list includes Google and Jones Hopkins, the Iowa model, the MIT model, the UCLA model and about a dozen others.

Models from Iowa and the Massachusetts Institute of Technology are steadily increasing the daily increase in mortality in South Dakota. UCLA’s COVID-19 forecast model shows an almost stable fee, with no significant increase or decrease after October 1.

The Bob Pango, or bobpango model, is also listed on the CDC website. Bob Pango has been analyzing the data for 31 years, according to his website.

The model predicts longer than two weeks. By the end of the year, 563,418 deaths and 5,160 current infections will occur in South Dakota.

Your guide to
Coronavirus

KELOLAND News covers the COVID-19 pandemic. This is your guide to everything you need to know to prepare. We also have the latest stories from around the world that come to this page.

Sent from Gitmo to the UAE, the detainees fear a final stop: Yemen