The Belgian king meets for the first time with his once secret half-sister, Princess Dolphin 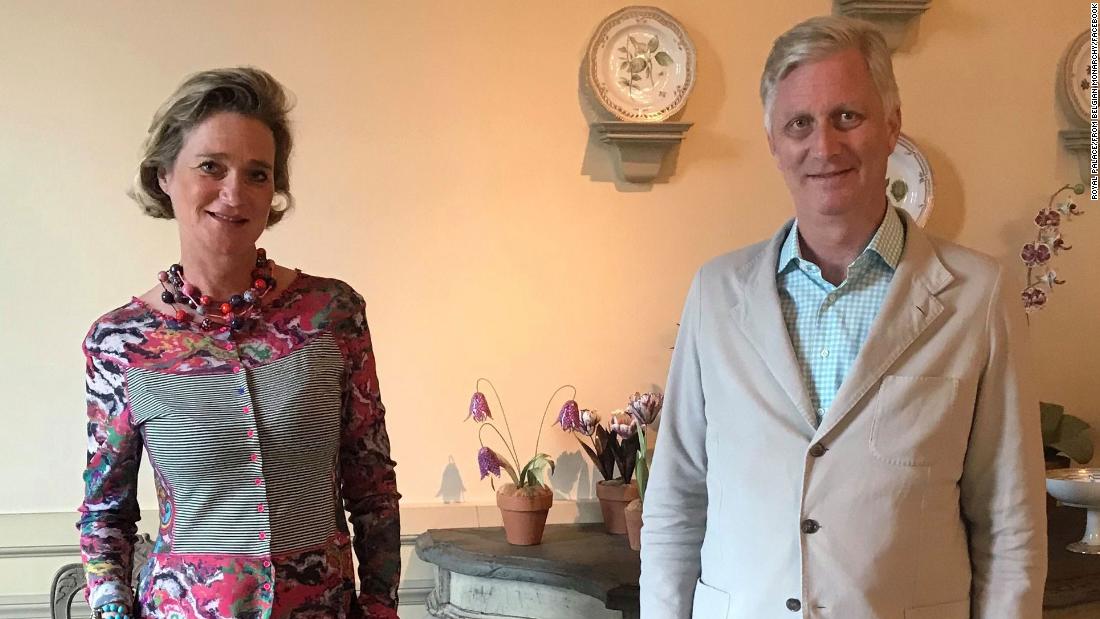 The couple first met on October 9 at Laeken Castle, the official residence of the royal family, in a “warm meeting”, according to a statement from the Belgian monarchy.

Saxe-Coburg, the daughter of former Belgian King Albert II, was given the right to be called a princess earlier this month, following a decision by the Brussels Court of Appeal that she had the same rights and royal titles as her father and three other children.

Until recently known as Dolphin Boel, Saxe-Coburg began a lawsuit in 2013 to have the former king recognized as her father. She claimed that the king had an affair with her mother Sibylla de Celis Lonschamp, as a result of which she was born in 1968.

The former king has been suing for seven years and did not even pass a DNA paternity test when ordered by the Brussels Court of Appeal in October 2018.

Albert II finally passed the paternity test after a court ruled in May last year that he faces a daily fine of 5,000 euros ($ 5,600) until he passes the test. In January, he admitted to being Boel’s biological father.

“This long and rich discussion gave us the opportunity to learn to know each other. We talked about our lives and areas of common interest,” King Philip and Princess Dolphin said in a statement on Thursday. “This connection will continue to develop in the family environment,” they added.

Albert II married Paola Ruffo di Calabria, later Queen Paola of Belgium, in 1959 and became king in 1993. In 2013, at the age of 79, he abdicated in favor of his son Philip, citing concerns about his age and health.