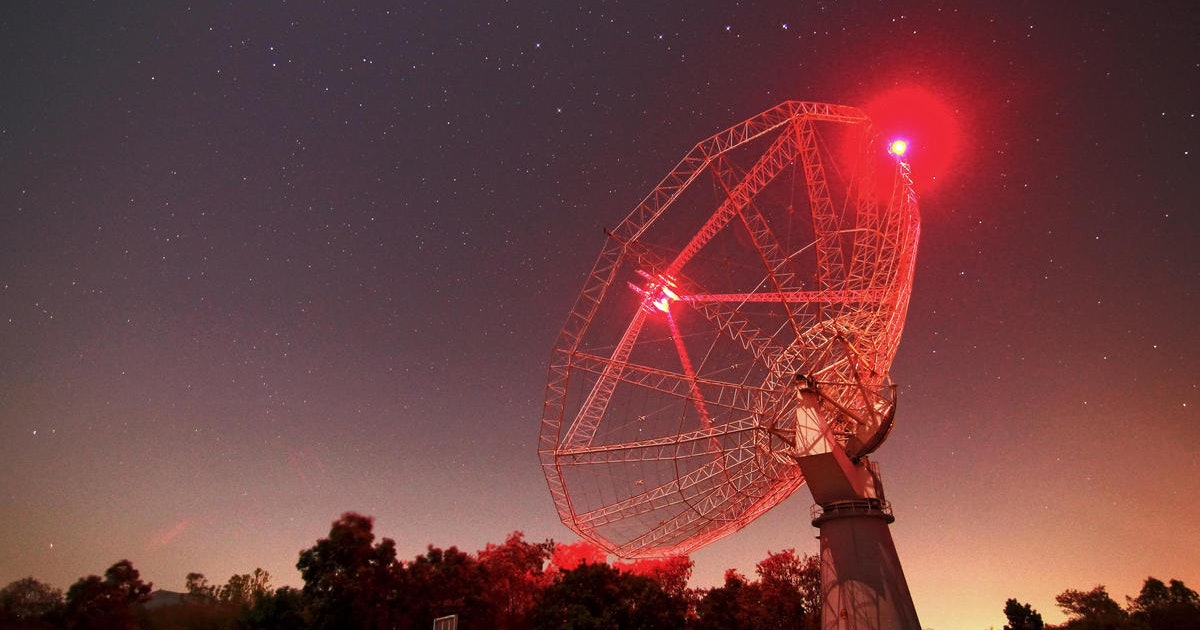 During the early universe, galaxies and star formation were at their highest levels.

Hundreds of millions of years after the Big Bang, almost half of the stars that ever existed have already formed.

The rate of star formation has decreased tenfold since then, but there is no shortage of history in what caused the rapid surge of star births in the universe in the beginning, and why growth has slowed since then.

The mystery focuses on atomic hydrogen, a key ingredient in star formation and fuel for this early decline in productivity.

To try to solve this, a group of scientists measured atomic hydrogen in more than 7,000 galaxies during the period of the universe, when galactic formation was at its peak. Their findings are described in detail in a study published Wednesday in the journal Nature. The data opens up new clues about the earliest years of space̵

7;s existence and how it continues to evolve today.

During the early universe, atomic hydrogen made up most of the gas in young galaxies.

Stars are formed when interstellar gas enters galaxies, creating hydrogen atoms, which are then converted to molecular hydrogen. This directly feeds the birth of stars.

Hydrogen atoms have been found in neighboring galaxies, but atomic gas is harder to detect in further galaxies. As a result, the exact details of the gas that fed the early star formation remained a mystery.

To observe the process in these distant galaxies, scientists behind the new study used the Giant Metrewave Giant Radio Telescope, located near Pune, India, to measure neutral atomic hydrogen emissions in a total of 7,653 galaxies.

Galaxies exceeded 0.4 redshift, which is a unit of measurement that indicates the distance of the object from the Earth. The redshift depends on how the light shifts toward a shorter or longer wavelength as objects in space approach or move away from us. The farther the object, the more light is shifted to the red end of the spectrum.

The galaxies studied here are in the early universe, in the realm of space and time when galaxy formation was at its peak, about four to seven billion years after the Big Bang.

At that time, galaxies contained about 2.5 times more of this gas relative to their stellar masses than galaxies today. The results suggest that the huge amount of this gas in these early galaxies may explain the higher rate of star formation at the time of space history.

According to research, atomic hydrogen is consumed relatively quickly in the process of star formation. This means that the increase in gas would have to be somewhat continuous to keep up with the birth rate of these young stars, the study finds.

In this sense, it is probably not surprising that star formation has slowed, given that hydrogen gas production has not remained high enough to meet the high yield of children’s stars.

The study does not conclude whether the gas was mainly found in larger galaxies, or whether it was distributed equally among all galaxies. So, there are still some missing details that scientists will have to fill in future observations of the distant universe.

The scientists behind this study hope to use a future square-kilometer array, a radio telescope designed specifically to detect hydrogen emissions from distant galaxies, to try to answer these fundamental questions about how our universe came to be.

Annotation: Baryon processes in the evolution of galaxies involve the fall of gas on galaxies with the formation of neutral atomic hydrogen, which is then converted into a molecular state (H2), and finally the transformation of H2 to the stars. Understanding the evolution of the galaxy thus requires understanding the evolution of stars and neutral atomic and molecular hydrogen. It is known that for stars, the density of cosmic star formation peaks at redshifts from 1 to 3 and decreases by an order of magnitude over the next 10 billion years.1; the reasons for this decline are unknown. As for gas, the weakness of the ultrathin HI transition at 21 cm wavelengths – the main indicator of the HI content of galaxies – means that so far it has not been possible to measure the atomic gas mass of galaxies at redshifts above about 0.4; this is a critical gap in our understanding of galaxy evolution. Here we report on the measurement of the average HI mass of stellar galaxies at a redshift of approximately one, obtained by adding2 their individual 21-centimeter HI radiation signals. We obtain the average mass HI, similar to the average stellar mass of the sample. We also estimate the average star formation rate of the same galaxies from the 1.4 GHz radiocontinuum and find that the mass of HI can provide the observed star formation rates in only 1-2 billion years in the absence of fresh gas. This suggests that the influx of gas to galaxies with a redshift of less than one may not have been sufficient to maintain high stellar formation in stellar galaxies. This is most likely the reason for the decrease in the density of cosmic star formation at redshifts below one.