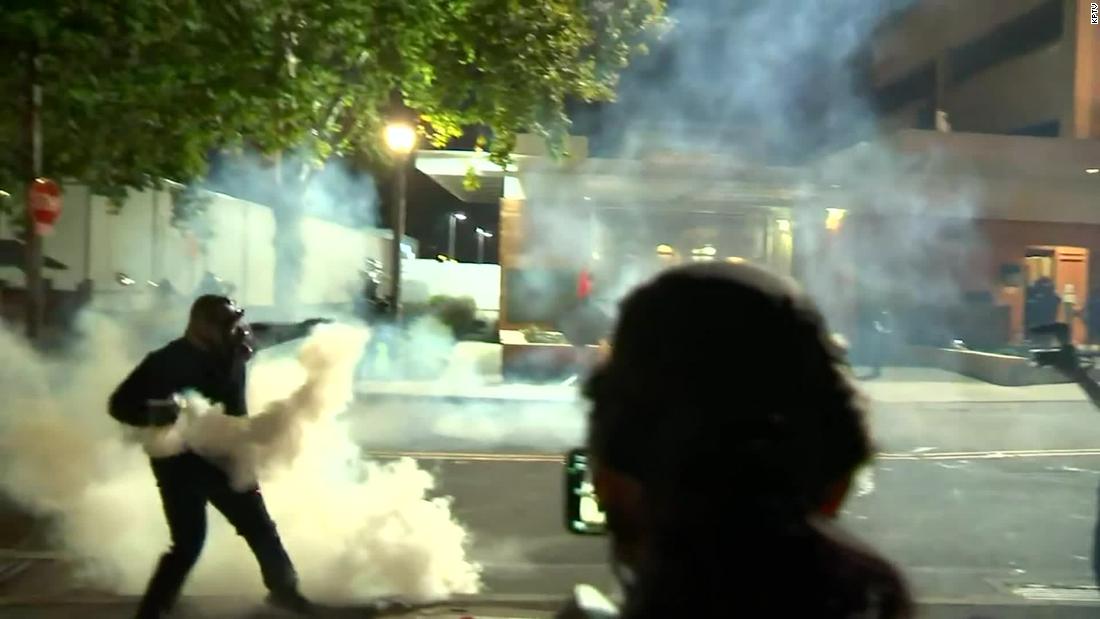 About 100 people near the building chanted when the Federal Security Service came out against the protesters at about 22:00 local time, according to KATU.

Portland Police Bureau officers were also on the scene, warning crowds to move away from federal officers and the ICE building.

Police accused the crowd of throwing stones and incendiary devices at employees, apologizing to neighbors for the noise in a series of tweets.
A video from the CNTV branch of KPTV recorded the throwing of a chicken canister and the sound of pepper ball shots,

Portland police have warned that “shock weapons, tear gas and / or ammunition” could be used if the crowd does not leave the roads and remain near the ICE building.