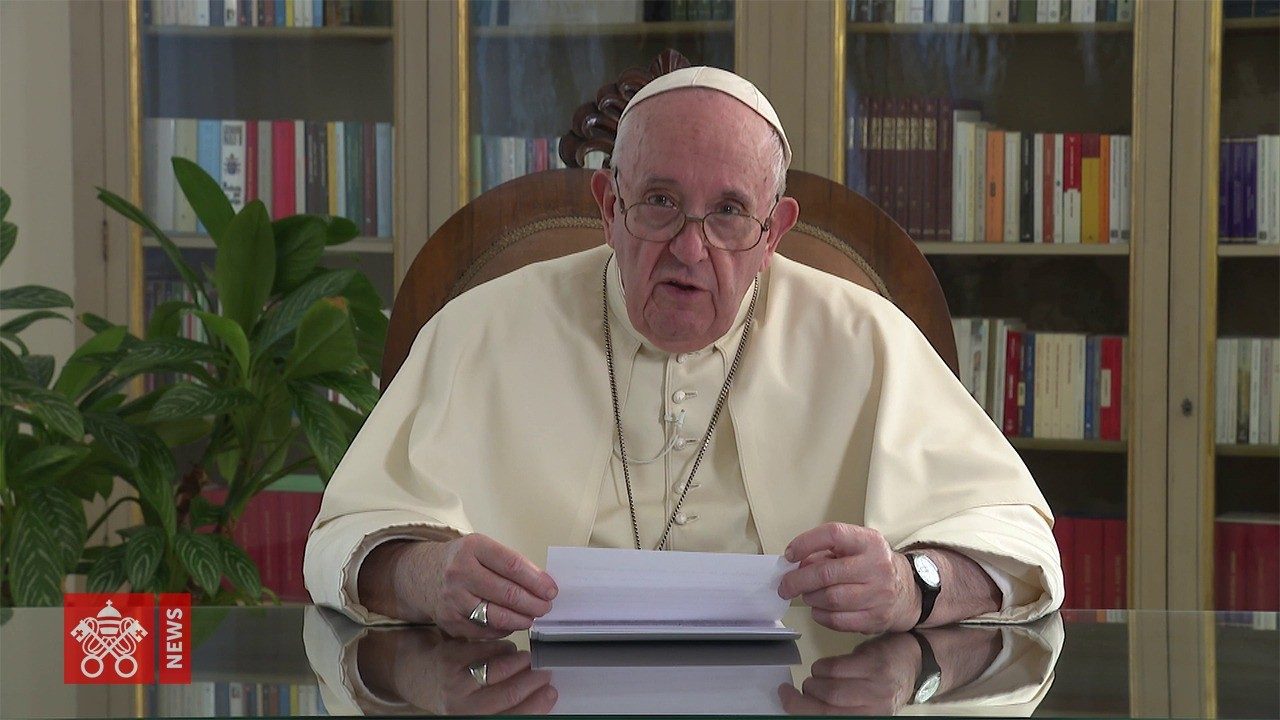 Pope Francis renewed the Global Compact on Thursday with a video message during a virtual event at the Pontifical Lateran University in Rome.

Pope Francis on Thursday appealed to all sections of society around the world to sign and support the Global Compact on Education.

The initiative promotes the values ​​of caring for others, peace, justice, goodness, beauty, acceptance and brotherhood in order to build hope, solidarity and harmony everywhere.

The pope called for a video address during the renewal of the Global Compact on Education during a virtual event on Thursday at the Pontifical Lateran University in Rome.

Education is a seed of hope

The treaty, funded by the Congregation for Catholic Education, aims to encourage global change so that education can be a creator of brotherhood, peace and justice. According to the Pope, the pact should “ensure that everyone has access to quality education that is commensurate with the dignity of the human person and our common vocation to fraternity.”

“May we be supported by the conviction that education carries the seeds of hope: hope for peace and justice; hope for beauty and good; hope for social harmony, “the Pope said in his message. “We must move forward, all of us together, each as we are, but always hoping to build a civilization of harmony and unity in which there will be no room for a terrible pandemic of a culture of ejection.”

In his message, the Pope drew attention to the negative effects of the Covid-19 crisis on educational systems around the world. According to him, online educational platforms have revealed a significant disparity in educational and technological capabilities, forcing about ten million children to drop out of school, in addition to more than 250 million school-age children excluded from all educational activities.

Hope based on solidarity

In this situation, the Pope called for a new model of culture and development that respects and protects human dignity, while creating global interdependence to unite communities and peoples to care for our common home and to promote peace.

“Education,” the Pope said, “must be transformational.” It must represent a hope that can destroy the determinism and fatalism of the egoism of the strong. This should destroy the conformism of the weak and the ideology of the utopians as the only way forward.

Educating is always an act of hope, the Pope said, adding that he must open new horizons in which hospitality, the solidarity of generations and the importance of transcendence give birth to a new culture.

This hope must be based on solidarity, the Pope stressed, noting that the educational process should help meet today’s challenges and problems and find solutions for the needs of each generation. This will help to promote the prosperity of mankind now and in the future.

The pope noted that “education is a natural antidote to individualistic culture, which is sometimes reborn as a true cult of self and a primacy of indifference.” The commitment of all levels of society, he said, is necessary for “a renewed form of education that is not tempted to look the other way and thus contribute to serious social injustice, human rights abuses, horrific forms of poverty and loss of life.” “

The Global Education Pact calls for a holistic process that responds to the loneliness and uncertainty of young people, leading to depression, dependence, aggression, verbal hatred and bullying.

The pact addresses issues such as violence, child abuse, child marriages and child soldiers, the tragedy of children sold into slavery, and the “senseless and heartless exploitation” of the planet, leading to a serious environmental and climate crisis.

Working together for the future

According to the Pope, in the midst of the current health crisis and its consequences, everyone must sign the Global Pact on Education for and with future generations. “It requires the commitment of families, communities, schools, universities, institutions, religions, governments and the entire human family to the education of mature men and women.”

“The value of our educational practice,” the Pope said, “will be measured not simply by the results of standardized tests, but by the ability to influence the heart of society and help give birth to a new culture.” The Holy Father said that he believes that “another world is possible,” and that this requires the involvement of “every aspect of our humanity, both individuals and our communities.”

He therefore called on men and women of culture, science and sport, artists and media professionals in any part of the world to join in supporting this treaty and to promote the values ​​of caring for others, peace, justice, goodness, beauty, acceptance and brotherhood through their own testimonies. and efforts.

Pope Francis concluded his video address by summarizing in eight paragraphs how the Global Compact on Education aims to provide “everyone with access to a quality education that is commensurate with the dignity of the human person and our common vocation to the fraternity.”