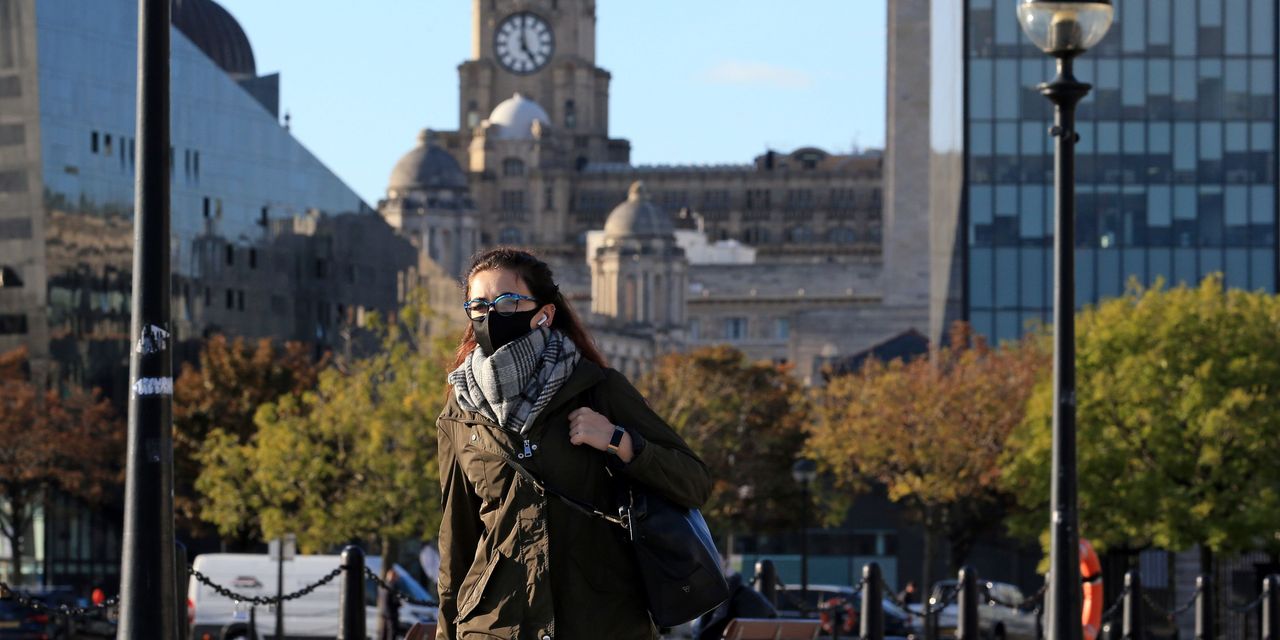 North American and European health authorities are preparing for another intense phase in the battle against Covid-19, when winter begins.

Respiratory viruses are usually more easily spread in the cold winter months, which in a typical year bring coughing and sneezing to the schoolyard, and pneumonia and death of the most vulnerable elderly. The risk for the United States and Europe this year is that Covid-19 cases are multiplying at the same time as other winter illnesses, overloading hospitals with sick patients.

Health and infectious disease experts say the risk of such a storm means governments need to prepare for a severe winter. This means working hard to bring back the resurgent pandemic before the cold months.

The United States has recorded an average of 50,700 new cases per day over the past seven days, equivalent to 1

54 cases per million inhabitants, while the 27 European Union and the United Kingdom have reported an average of 81,600 cases, approximately 159 per million people. The number of people hospitalized with severe Covid-19 is growing, although this remains a fraction of the number recorded during the spring peak of the pandemic.

“It would be great to enter the winter to keep the number of coronavirus cases as low as possible so that we have free space and space to breathe,” said Jimmy Whitworth, a professor of international health at the London School of Hygiene and Tropical Medicine.

As governments seek to avoid a return to cost-effective blockades imposed earlier this year, preparing for winter requires aggressive efforts to find and isolate coronavirus carriers and targeted measures to curb the spread of the pathogen, health experts say.

Already in Europe, governments have imposed new restrictions to stop the resurgence of the pandemic: night curfews imposed on Paris and eight other French cities, bars ordered to close in Scotland and parts of England, and face masks, which have become mandatory in Italy in the open air .

The main reason that viruses tend to spread more easily in the winter is because people spend more time indoors, often with others, increasing their chances of transmission. The windows are usually closed, reducing ventilation, which dissipates air bugs. Viruses also tend to survive longer at low temperatures and low humidity.

Many common viruses show seasonal features of infection, infecting children and adults during the winter months. According to the World Health Organization, worldwide, influenza typically causes three to five million people a year and kills 290,000 to 650,000 people.

Other viruses that overwhelm hospitals with sick patients during the cold months include norovirus, a highly contagious pathogen that causes vomiting attacks, and respiratory syncytial virus, a bug that can cause breathing problems in children. Cases of pneumonia, pneumonia, usually caused by infection, among the elderly are usually more common in winter.

Coronavirus infections in the United States and Europe have risen in recent months as economies have eased restrictions and people have returned to jobs, schools, bars, restaurants and other premises.

“It’s clear that it’s well transmitted indoors when people are in close proximity to each other,” said Isaac Bogoch, an associate professor of infectious diseases at the University of Toronto.

Colder temperatures will push people even harder indoors, giving the virus more room to move from host to host. Winter also brings many holidays when people share food with families and catch up with friends, increasing daily connections that contribute to the spread of the virus.

Thomas Rousseau, head of the university’s Department of Infectious Diseases at Jacobs School of Medicine and Biomedical Sciences in Buffalo, said that the degree of “Covid fatigue” after months of restrictions could increase people’s desire to mix this winter.

“There will be so many cases of mixing social bubbles mixed with food and drink in a room without masks that I am very concerned that it will lead to a large number of infections,” said Professor Rousseau.

What worries you most about the change of seasons associated with Covid-19? Join the conversation below.

In a July report, the British Academy of Medical Sciences simulated the worst-case scenario when the country’s coronavirus epidemic rose again in the winter, when transmission rose in the colder months. The model showed that hospitalizations and mortality peak in January and February, at the same time when hospitals typically experience maximum demand due to other winter illnesses.

A simulation by the University of Washington’s Institute of Health Metrics and Estimates suggests that the number of hospital beds needed in the United States for Covid-19 patients could more than double by December 1, according to current trends, to about 70,000.

Anne Johnson, a professor of infectious disease epidemiology at University College London and vice president of the academy, said there was even less room for maneuver in healthcare systems this winter than in a normal year. This is because in addition to seasonal illness, there is a lag in patients who were not seen in the spring when appointments and surgeries were canceled to release the ability to treat Covid-19.

As she noted, not only by repelling Covid-19, health authorities must also fight the flu. Because the symptoms of Covid-19 may resemble the symptoms of the flu, doctors need quick and effective tests to distinguish them. Mass vaccination should cover not only those who are vulnerable to serious diseases, but also those who play a role in transmitting the infection, such as children, said Professor Johnson.

The increase in the number of cases of Covid-19 leads to the fact that the health authorities are on high alert, as the northern hemisphere goes in winter. One sure sign: the southern hemisphere has survived a mild flu season, easing seasonal hospital pressure.

One sure sign: in the Southern Hemisphere, where winter has passed and passed, the flu season has been mild. This apparently reflects increased hygiene and social distance measures designed primarily to combat Covid-19, but there is no guarantee of recurrence, doctors say.

If winter brings more cases of Covid-19, doctors say that at least now more tools are available to treat patients, although the long-term effects of the disease have been little studied.

Some disease experts say that Covid-19 can eventually become a seasonal disease if, as with other diseases, the population receives some protection from escaping as more people are exposed.

“We can have a seasonal Covid for the flu every year,” said Julian Tang, a professor of respiratory medicine at the University of Leicester in the UK.